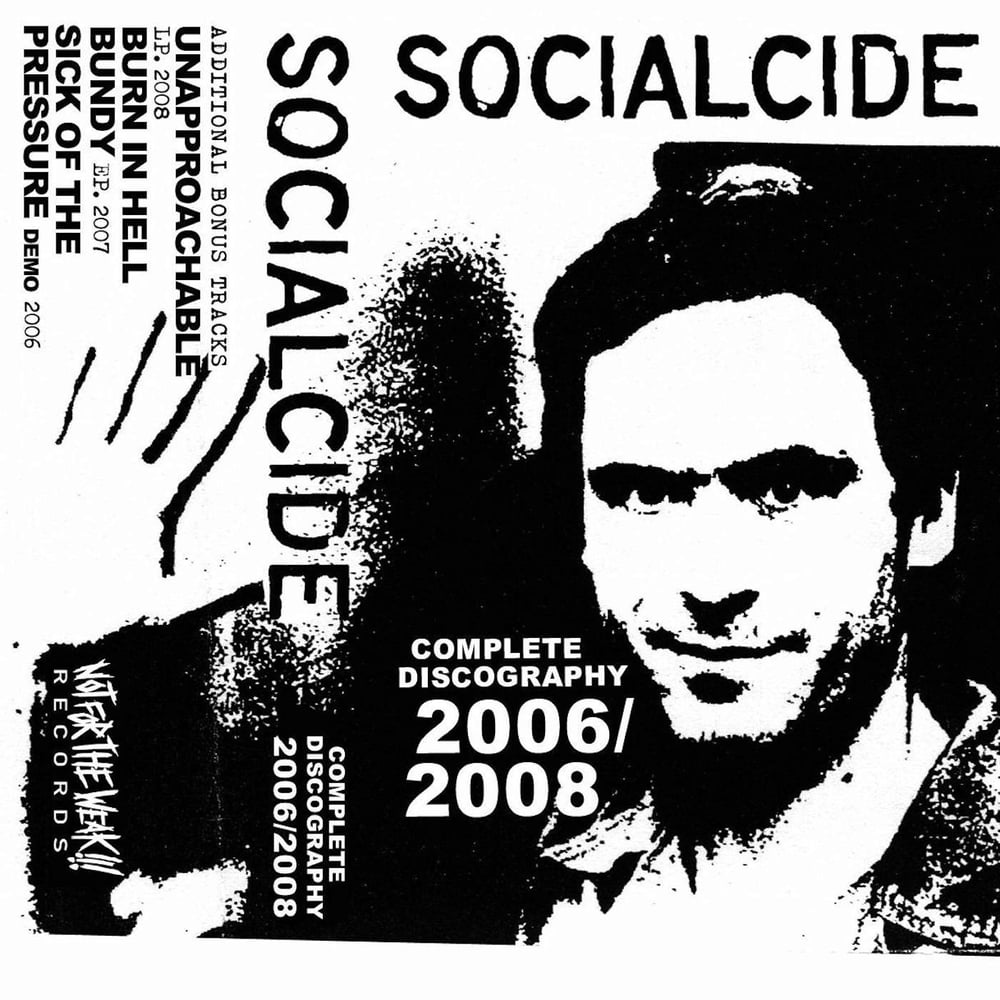 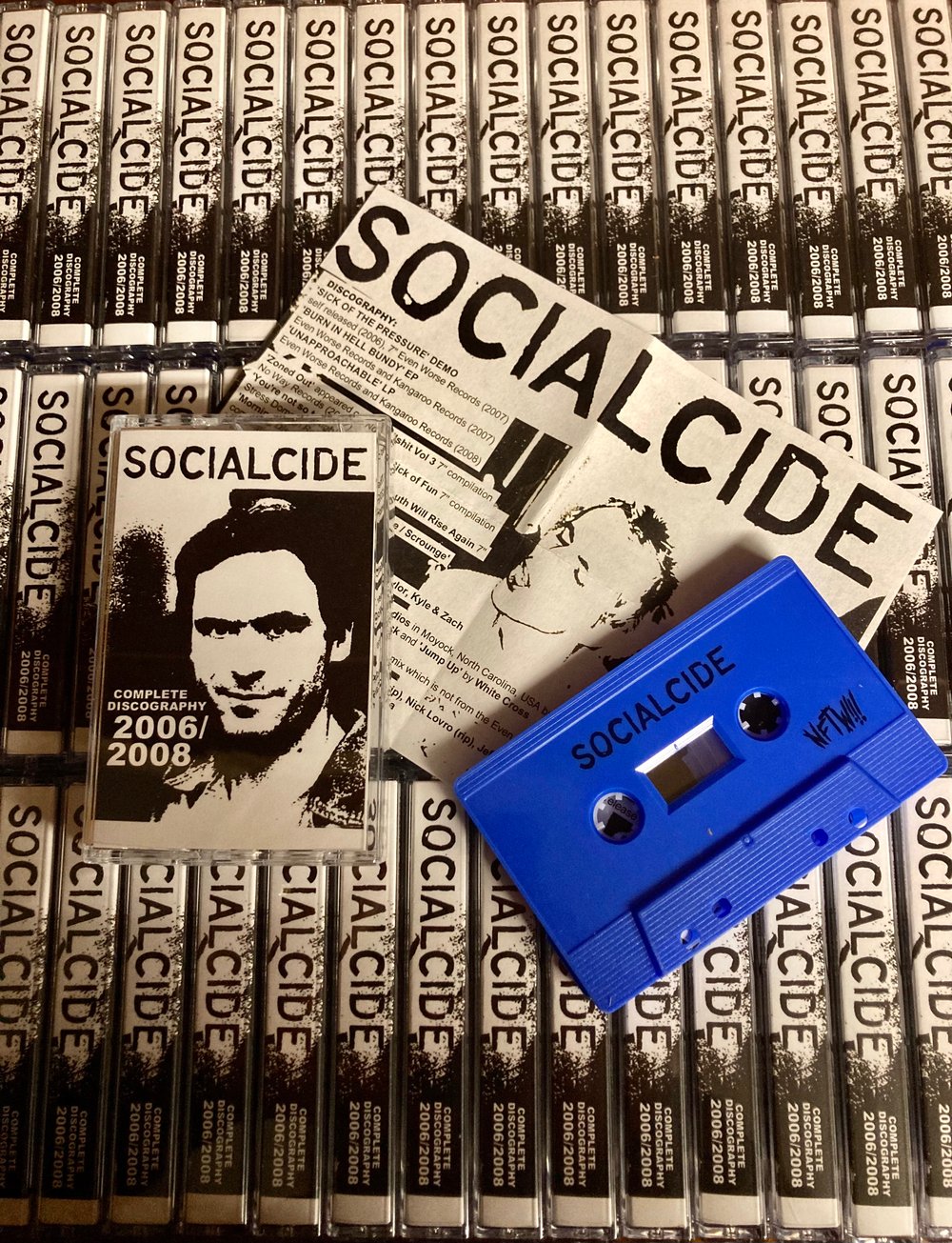 NOT FOR THE WEAK RECORDS is honored to present the SOCIALCIDE - Complete Discography 2006-2008 Cassette Tape. It’s hard to believe over 15 years has passed since these Virginia legends graced us with their formation. The influence and impact this band made and still has on the Virginia hardcore scene is something we will probably still be talking about in another 15 years. SOCIALCIDE was a band from Virginia Beach who played very fast, 80s USHC in the realm of DEEP WOUND, YDI, WHITE CROSS, and KORO. Although they were only a band for a couple years, they left in their wake an impressive discography for us to feast our ears on. This tape contains both the Sick of the Pressure and Burn in Hell, Bundy 7”s, Unapproachable LP, exclusive compilation tracks, and a few unreleased tracks that we are very excited to debut. The band decided they wanted to have a little extra fun with this tape and also decided to have an alternative mix they had for the Burn in Hell, Bundy 7", which is actually the “1st Mix” that they supposedly wish they went with. This run of tapes is Limited to 100 copies on a beautiful Royal Blue cassette shell. Snag one while they last!!!

European version of tape is available from Smiling is Not a Crime Records.