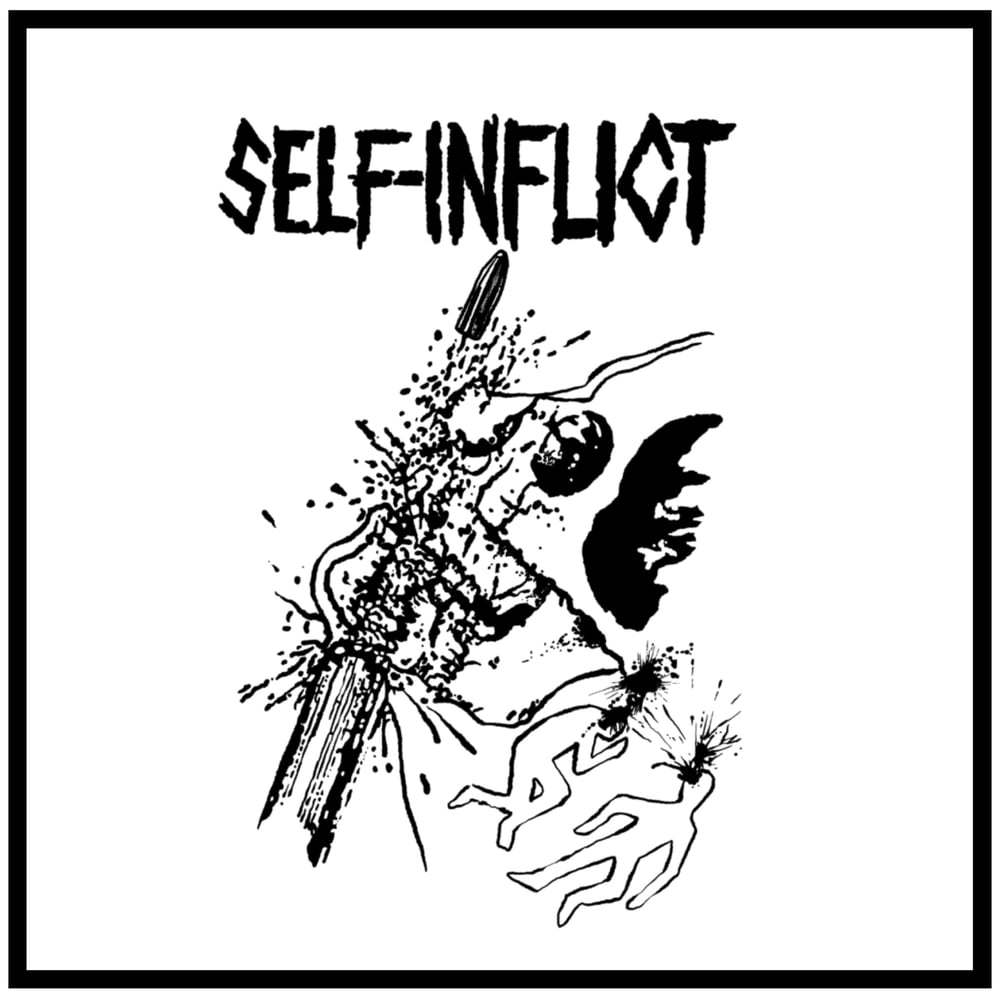 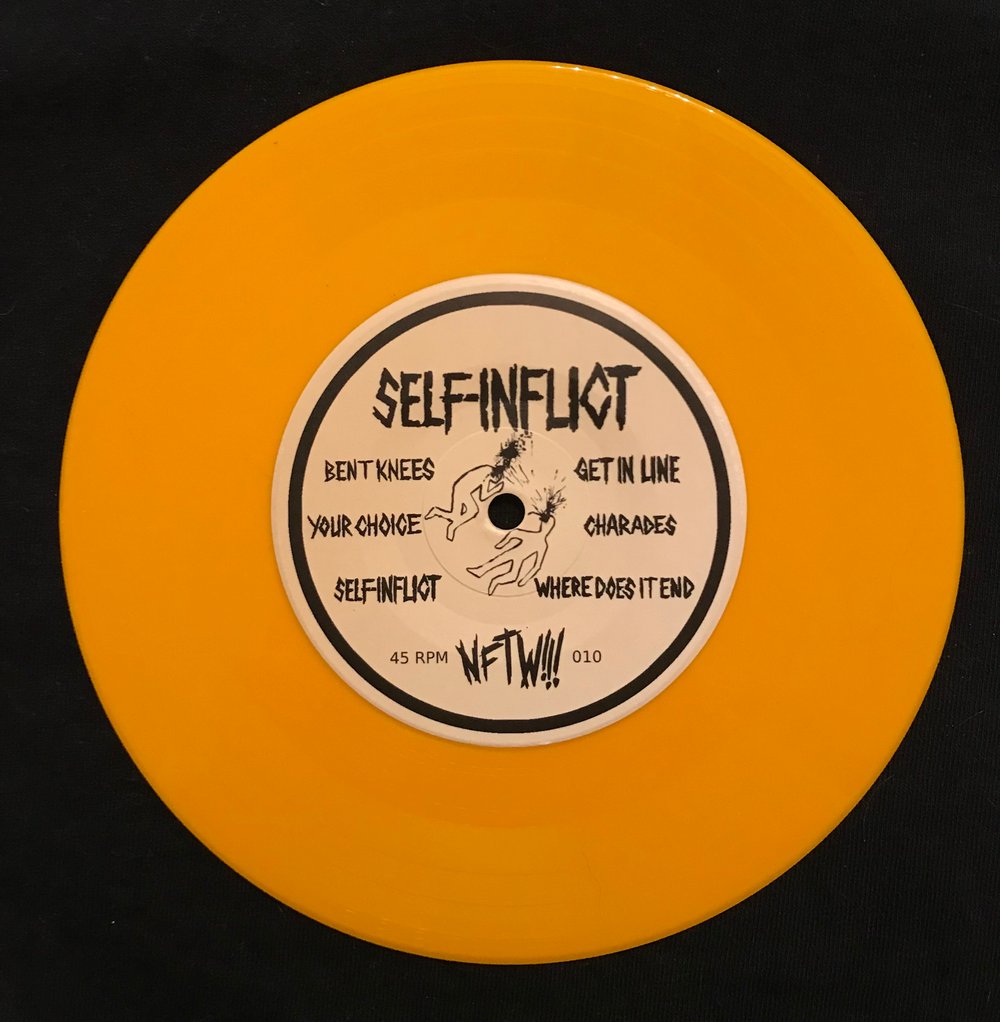 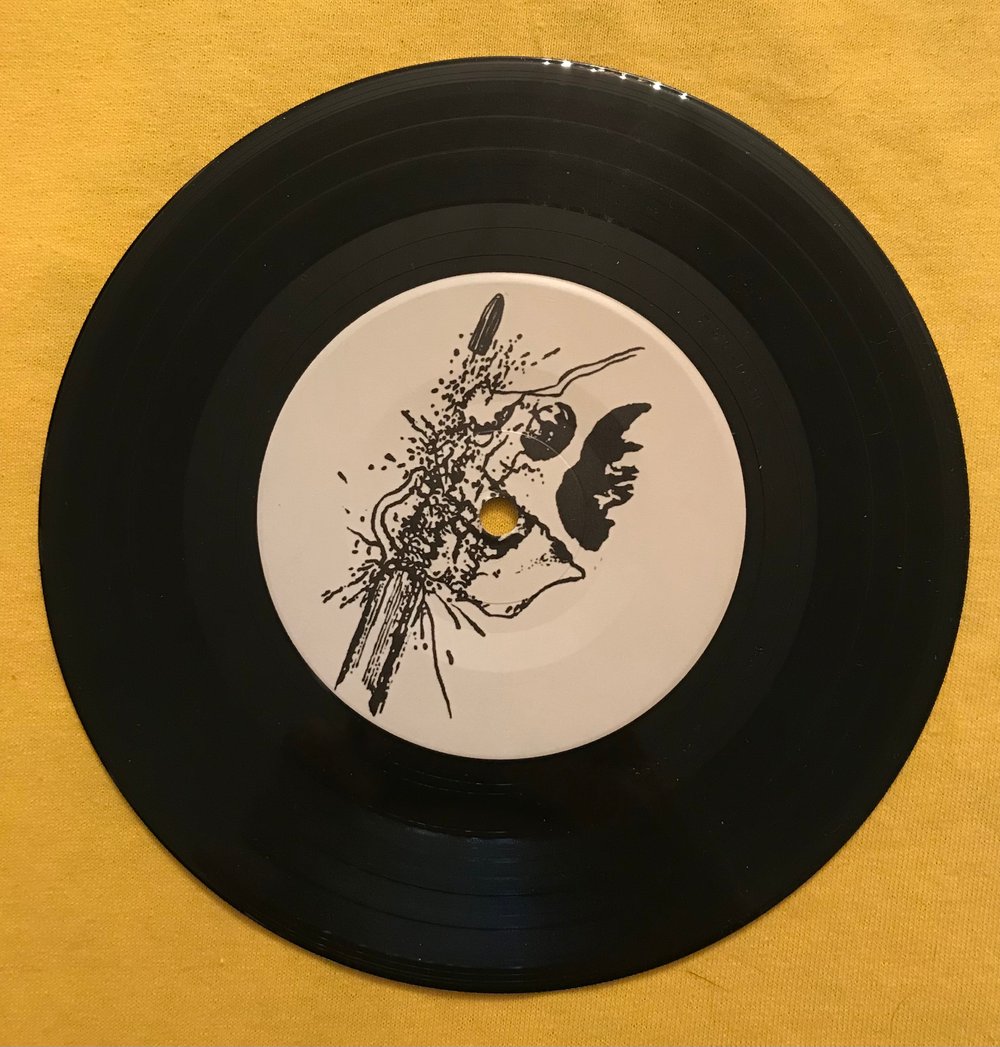 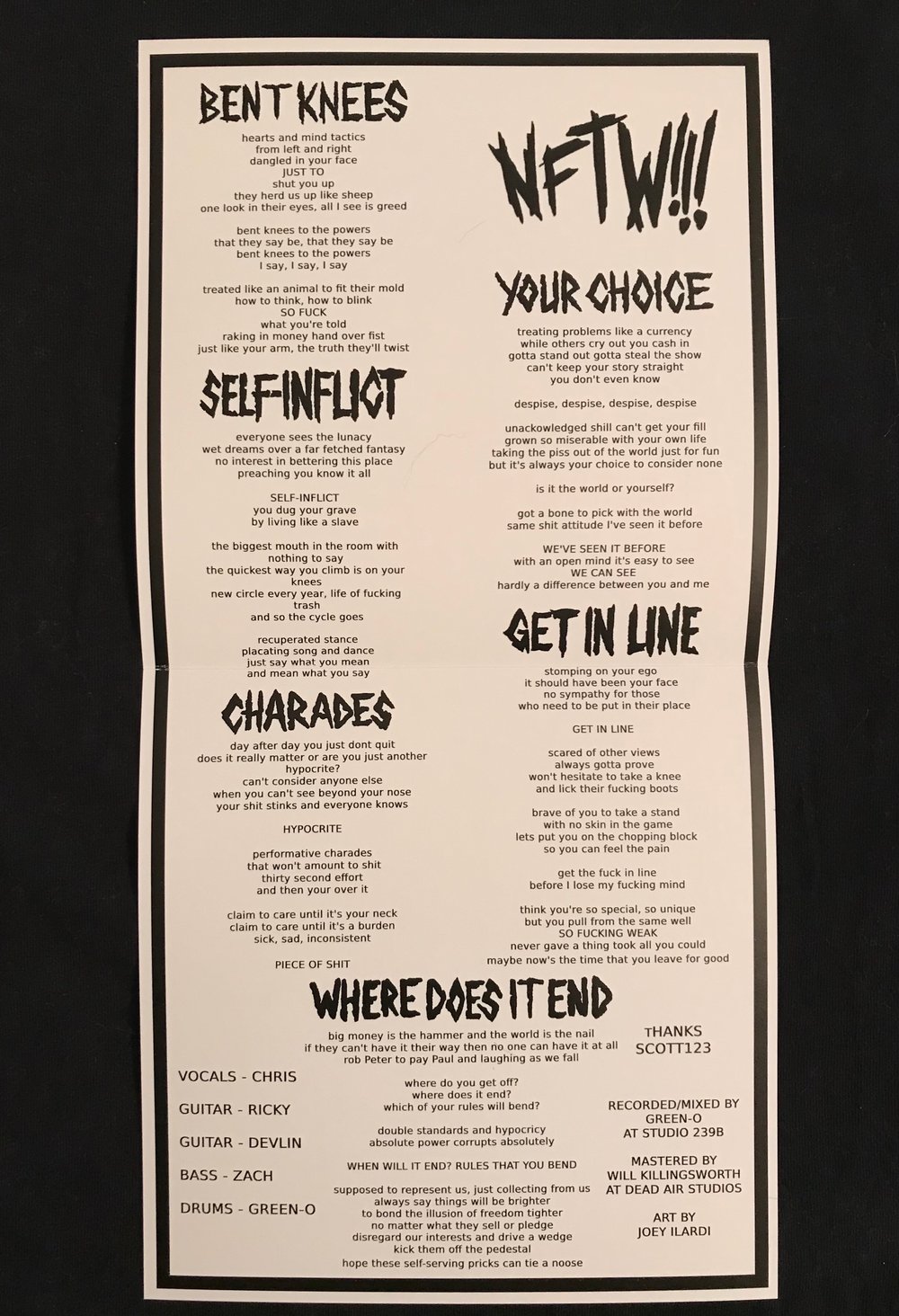 After catching much attention after we released the SELF-INFLICT demo back in 2020, we felt that a proper 7” edition was a necessity. However, the band didn’t want to just cut a record with only 4 songs, so they went back into the studio and whipped us up 2 more gems to grace us with and to round out a proper Self-Titled 7” release. As we stated on the demo, the tracks are aggressive, catchy, and to the point. Tried and true formula embedded with the mentality of keeping the wheel turning rather than reinventing. The addition of the 2 new tracks continues to push that envelope and I feel like we are still just getting a taste of what’s in-store for the future of this outfit.

European folks can snag a copy from our friends over at Mendeku Diskak who has also done a pressing.

Vinyl Conflict record store out of Richmond, VA also has a limited store variant on a gorgeous Opaque Green. Richmond folks, snag one from them!!!